A guide on how to care for frog spawn and tadpoles. 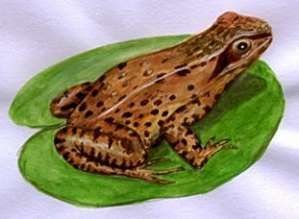