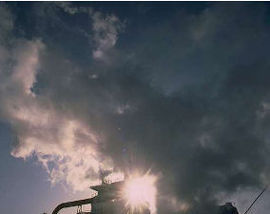 Aims of the Summit

The aims of this meeting was to come up with a deal to replace the Kyoto protocol, a deal which is to expire in 2012.  15,000 delegates and officials were present, representing 192 nations, all with different expectations/aspirations of what they wanted to achieve.

The Kyoto Protocol was a global agreement on the reduction of the main greenhouse gas emissions that are linked to climate change and global warming.

The original meeting took place in Kyoto, Japan in 1997, when 110 governments agreed that industrialised countries should cut their greenhouse gas emissions by an average of 5.2% from the 1990 level by the year 2008-2012.  The Kyoto Agreement would only become legally binding when the industrialised nations accounting for 55% of the carbon dioxide emissions ratified the agreement.

The Kyoto Protocol was the first international treaty to set legally binding targets to cut greenhouse gas emissions.  It was finally ratified by 183 countries and the EC; the USA was not one of them, despite having the world’s biggest economy and emitting the second largest amount of greenhouse gases/carbon.  It was signed as a framework accord in 1997 but didn’t come into effect until February 2005.

Countries who took on targets under the Kyoto Protocol have exceeded their 5% emission reduction targets, reducing their emissions by over 20% by February 2015.

The Kyoto agreement provided a legal distinction between developed and developing nations which the poorer countries wanted to maintain.  It placed a clear responsibility on the shoulders of rich nations, committing them to reduce overall emissions of 6 categories of greenhouse gases by at least 5% by 2008-12, compared to 1990 levels.  Developing nations did not have any binding targets to meet; they were only expected to attempt to develop in “clean” ways.  Some countries like the US did not ratify this agreement thinking it unfair that they would have to meet set targets while other countries would not.  Developing countries were concerned that any new treaty would not be as strict or legally binding.  They were also concerned that their development could be slowed down because they couldn’t use as many fossil fuels as developed nations had done in the past.  However, some of these “developing” countries included China which has overtaken American as the bigger carbon producer, even though per capita each person has a much smaller footprint and much of what they produce is for export to the richer nations.

The final few days of the summit were meant to be when the majority of negotiations would be done so that world leaders who arrived at that time could tie things up.  However, progress was incredibly slow until Barack Obama arrived on the last day.  Negotiations almost collapsed altogether when  the US, together with some other key nations together proposed an “accord”.  At the time this was merely “noted” by the UN but has since become something more concrete.  Many people thought the summit a failure, but some gems of hope can be extracted from it, not least the fact that so many world leaders gathered to discuss what is finally recognized as a global threat of extreme importance.

The summit did not result in the historic deal which millions of people had hoped for, but there were some signs of progress which should not be overlooked.

It “recognised” the scientific case for keeping global temperature rises below the 2 degree centigrade danger threshold (although not the 1.5 degree centigrade which many developing nations thought necessary to protect their land and people).  However, the  accord did not set any emission targets to achieve this limit so countries did not have to commit to anything in particular.  The deal was “non-binding” so countries only sign up to it on a voluntary basis.  The goal of cutting emissions by 80% by 2050 was also dropped.  It is up to individual governments to set their own targets of what they are prepared to do.

The accord aims to provide funds to help developing nations adapt to climate change - $30 billion/year until 2012 and $100 billion by 2020. A meeting was held in Berllin on 17-19 May 2015 with the Executive Secretary of the United Nations Framework-Convention on Climate Change as well as 35 ministers and their representatives and high level representatives of the UN Secretary General to in part discuss how the 100 billion USD could be raised to  help developing countries combat climate change.

They also agreed to provide finance to help prevent deforestation, which accounts for about 17% of carbon emissions. The UN-REDD programme was set up in 2008 as the United Nations collaborative
initiative on Reducing Emmissions from Deforestation and forest Degradation in developing countries. Funding is provided by donor countries Denmark, the European Union, Japan, Luxembourg, Norway, and Spain. New donor countries are being sought, as countries receiving support are increasing all the time.

Attention was unfortunately diverted from the summit’s ideals when a leak from some private e-mails between members of the IPCC (Intergovernmental Panel on Climate Change) became international news.  This served to undermine the authenticity of their reports on Climate Change which so many world bodies were relying on for accurate information.  In the UK data from the MET Office was quickly released in order to counteract this and show the public and leaders alike that there was still huge amounts of data in favour of the arguments put forward regarding climate change by the IPCC. 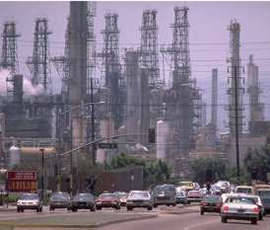