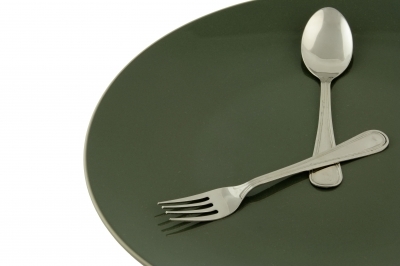 Food - we all need it and we can’t live without it.  As the world’s population grows every minute, there are more and more mouths to feed.  In fact, there are so many mouths to feed that ‘overpopulation’ is now a big concern for our planet’s future.  In 2050 there are expected to be an extra 2.5 billion people on earth.

Why do we need to think about new food sources?  Our food is grown all over the world in vast fields and millions of greenhouses and all this takes up a lot of space - something which is already limited.  In the UK alone farming accounts for about 70% of the land area.  Also, don't forget that all vegetables, fruits and animals (meat) need food and water of their own to grow and all of this puts a lot of pressure on the earth.

How much meat do you eat in a week?  Many people eat meat every day, whether it is ham in a sandwich, chicken nuggets, sausages, a pepperoni pizza or spaghetti bolognese. It is predicted that the world's demand for meat will double in the next 40 years and this might be a problem... 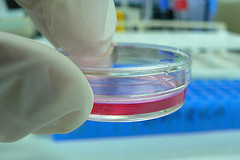 The Oxford University Museum of Natural History is promoting one answer to the growing food demand - a diet of bugs.  So, why creepy crawlies?  Well first we need to take a look at what we eat now.  Here in the UK we eat a lot of meat and the animals that provide that meat have to grow up somewhere.  Right now there are cows, pigs and sheep eating food and drinking water just to get onto our plates for dinner.  But the world’s meat farms can’t keep up with a growing population.

Now imagine if we ate insects - they need less space, less food, less water and this makes insect farming much more sustainable.  An insect farm wouldn’t need to clear a lot of land to grow food for the insects, they wouldn’t need tractors, fertilisers and all of these things that cause carbon dioxide emissions and damage to the environment.  Also, insects don’t fart and create methane (a greenhouse gas) like a whole field of cows!

But are they any good for us?  Yes!  Insects, although tiny compared to a beef steak contain a lot of protein and are low in calories.  For a lot of people, eating insects isn’t a new thing it’s a tradition.  There are thousands of insects being eaten by about 2.5 billion people who live in countries such as Africa and Asia.  Some of the meals eaten across the world include cheese with live maggots, grilled dragonflies and baked tarantula.

So, if they’re as healthy as meats, cause less damage to the environment and can help feed the earth then there’s no question - insects could soon be coming to a restaurant near you! 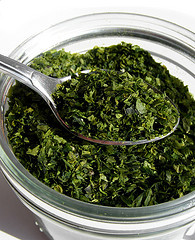 Image: Food of the Future by CIAThttps://www.flickr.com/photos/ciat/