Over half of the world’s forests have been destroyed.  Tropical rainforests used to cover 15% of the earth’s land, now they only cover 5%.  They are vital eco-systems containing half of all the world’s plant and animal species, about 5 billion, possibly more, with many of these plants possessing medicinal properties.  25% of all modern medicines contain an active ingredient first discovered from a rainforest plant. Some have already been used to treat malaria and cancers.  Yet only 1% of tropical rainforest plants have been studied.  Rainforests are also home to many indigenous people and many people are reliant on them for their livelihoods.

As far as the rest of the world is concerned, the trees provide us with oxygen (rainforests are known as the “lungs of the world”) and act as giant carbon sinks.  However, when they are burned down to clear the land, they release huge quantities of CO2 into the atmosphere and sometimes methane from the ground as well.  In fact, deforestation releases more greenhouse gases than all the world’s transport systems put together! 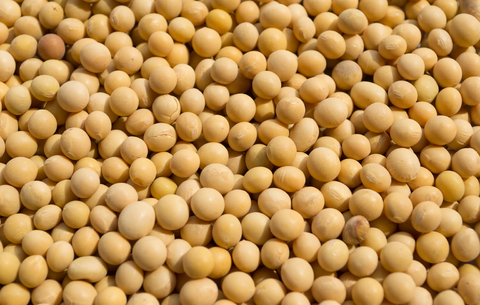 In the Amazon, cattle ranching accounts for as much as 80% of deforestation.  In Brazil, between 1995 and 2006 cattle herds have increased by nearly 80% and cropland more than tripled.  The other 30% is to grow soya which used to feed farm animals, particularly in intensive systems.  97% of the soya that is grown world wide is used as animal fodder.  In the UK most soya beans come from Brazil, although it currently only forms a small part of sheep and beef diets.

Read More: What about Farmers?