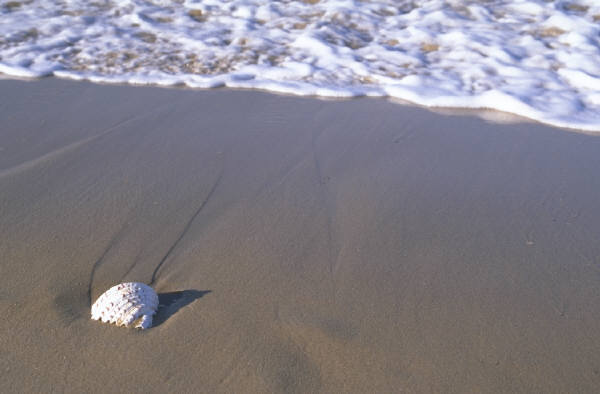 Rising and falling tides are caused by the pull of gravity from the moon on the sea.  When the tide comes in the water is held behind a barrier.  When it is released, the water rushes back through turbines in the barrier.  Huge long barriers are required which are expensive and complicated to build but once there they do last a long time and the energy they make is clean.  The tides are regular so its a guaranteed way to produce electricity. However, they can spoil the natural environment.

Currently there is a great deal of debate over the proposed Severn Barrage in the south-west of England near to Bristol.  It is reckoned that the 10 mile barrage could produce 5% of the electricity needs for England and Wales.  However there is great concern for the unique eco-system there which could be destroyed by the dam.  The RSPB highlight the 80,000 waterfowl which use the site as a winter feeding ground which would have to go elsewhere.  There is already a tidal barrage in St Malo in France which has been working non-stop since 1965. In March 2015 the developer of a proposed Severn Barrage stated that the project is still alive and is confident that a financial backer can be found. Talks are continuing.