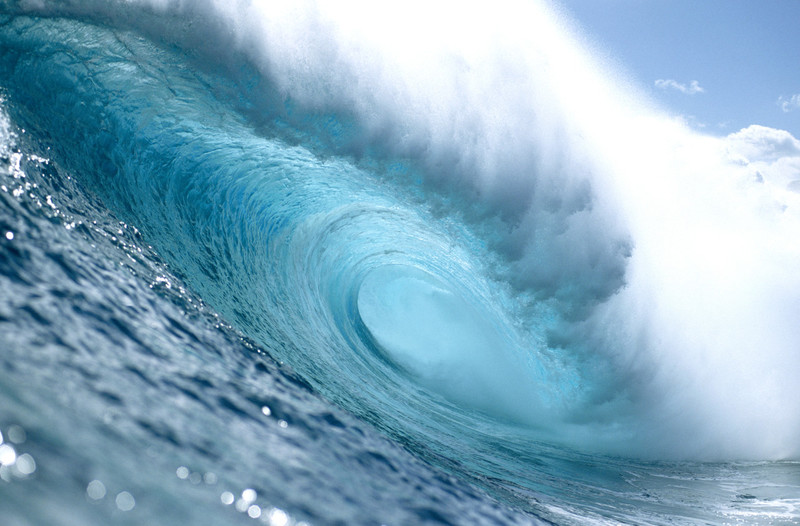 Waves are made when the wind blows across the sea.  Water mills, like windmills have been around for many years.  Rotor blades like those found on wind turbines can be placed underwater to do the same job.  Plans for the world's largest commercial wave farm were approved in Scotland in 2013, with construction planned to start in the next couple of years - BBC.

It is quite difficult to convert this power into energy.  A British designer invented the “Salter Duck” to make electricity.  These nodding devices bob backwards and forwards with the waves, turning mini-turbines.  Devices have to be made strong to withstand storms and corrosion from the salt water, which means that they are very expensive to make.   However once they have been built then they are very efficient - there are always plenty of waves!