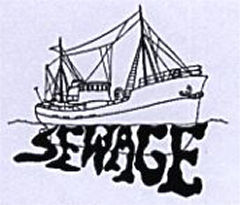 Many sewage pipelines were built years ago when little was known about the effects of sewer pollution - it was thought that the sea would dilute the sewage. Since then many of these have been blocked and removed but there are still areas of the UK where raw sewage is discharged on a daily basis.  The quality of the water around our coasts is assessed against standards set up by the European Community and over 350 British resorts are subject to inspection. At the moment these standards only apply to major resorts but public demand may eventually lead to other bathing beaches being inspected too.

There are no official signs to warn the public of sewage pollution but there are some useful booklists available which give details of polluted beaches. The list of British Blue Flag beaches indicates the bathing waters which have passed certain standards of cleanliness.

If you suspect that the water at a resort is unfit for bathing you should report the matter to the local council. If the public outcry is loud enough the authorities will be forced to consider further treatment of the sewage before releasing it into the sea. If you wish to do more about sea pollution the Marine Conservation Society would welcome your support.