Animals that feed mainly on other animals are called carnivores.  They are often called ‘predators’, and the animals they feed on are called ‘prey’, e.g. a rock goby (type of fish) may eat a prawn, which in turn may eat small worms. 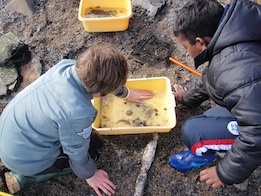 Animals that feed on both plant and animal material are called omnivore.  On the seashore many animals are omnivores because they feed by filtering both phytoplankton and zooplankton from the seawater, e.g. acorn barnacle.

The animals in an ecosystem obtain the energy they need by eating plants – or from other animals which have eaten plants.  Where do the plants get their energy from?

When a herbivore eats a plant, and then a carnivore eats the herbivore, the sequence of events is called a food chain.  Each plant or animal is a link in a chain.  The animal at the top of a food chain is often called a ‘top predator’ because it is not normally eaten by anything.  In a rocky shore ecosystem there may be hundreds of food chains. Here is an example: 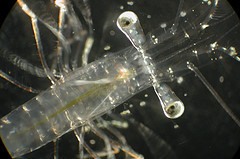 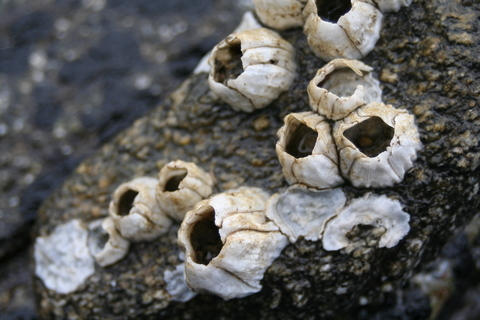 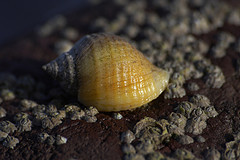 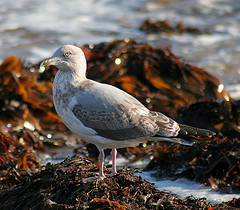 The dog whelk and the herring gull will eat other animals too.  There are so many connections between food chains that we can think of every organism (plant or animal) as part of a complicated food web rather than a link in a straight chain.  Here's a rocky shore food web - How many food chains can you find in this web?  Write some of them out and remember that every chain begins with a plant. 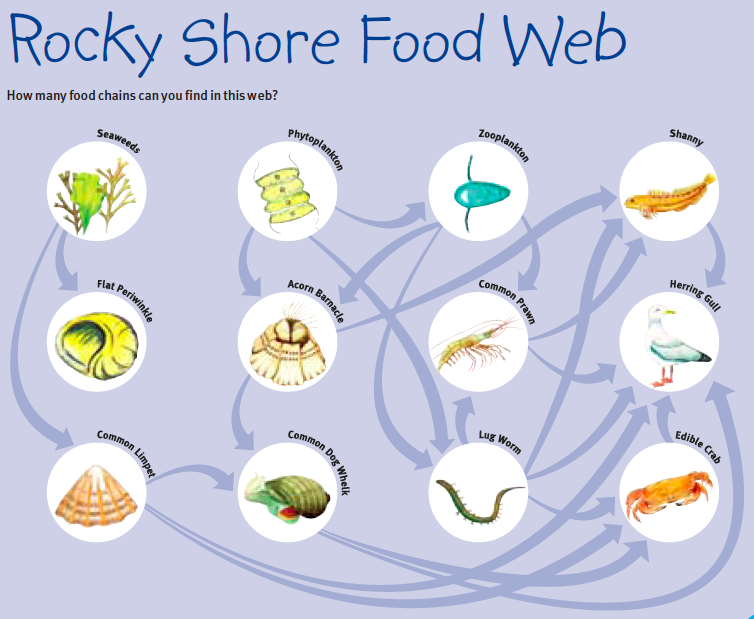 The diagram below shows different seaweeds or 'wracks' and where they occur on the shore.

The above seaweeds are the brown seaweeds which dominate the shore. Green seaweeds grow beneath them or near the high water mark.  The reds, which need very little light, often grow in deeper rock pools and attached to the stalks of the large kelps.  A few red weeds, such as coral weed, can survive in rock pools higher up the shore and withstand periods of drying out.