What does it Mean to Live in a Sustainable way?

The United Nations says that sustainability means “meeting the needs of the present, without compromising the ability of future generations to meet their own needs.”  In other words, people living today shouldn’t use up the world’s resources so that there are none left for those who live after us.

What does it Mean to Live in a Sustainable way? 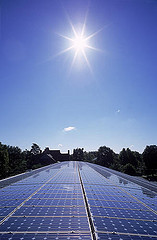 To sustain something simply means to keep it going. There are many people living on planet Earth - over 7.8 billion and counting! - and they all need certain things to survive. As a bare minimum, people need food, water and somewhere to live.  All of these needs have to be met by the resources that are available on the planet. If we use up resources that can’t be replaced, or we carry out practices that harm the planet faster than it can recover, this is not sustainable.

When we talk about living in a sustainable way we are generally talking about developing ways to live that don’t harm the environment, or that cause the lowest possible impact on it. Living sustainably means that people try to manage their needs in a way that will allow future generations to do the same.  Sustainable living meansfinding ways that we can make the planet’s resources last as long as possible, ideally forever.

Some of the planet’s resources are already running out or they are causing problems because there aren’t enough for everyone who wants them. These are the problems that living sustainably tries to improve.

‘Earth Overshoot Day’ is the date each year when humanity has used up all the resources (such as forests or fish) that it would be possible for Earth to regenerate in that same year.  Ideally, we would be looking to last a whole year without reaching that date. In fact, in 2020, Earth overshoot day was August 22nd. That means that every day of 2020 after that date, people were using more than the planet could sustain. This was actually an improvement on 2019’s overshoot day (July 29th) as a result of the pandemic, which prevented human action, such as travel for several weeks. It isn’t possible to keep using resources like this forever. The world is currently using around one and three quarter Earth’s worth of resources a year - but we don’t have any more Earths!