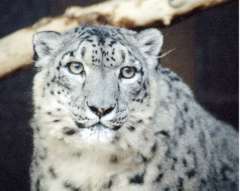 Today, increasing numbers of people would be horrified by the idea of wearing a coat made from the skin of an endangered animal.  Sadly, however, in many parts of the world, there are people who still consider a leopard skin coat to be a status symbol. Such coats may be bought by tourists in a place such as Kathmandu, Nepal, even though the traders are aware that they are likely to be confiscated by customs at the airport. In 2018, a man from Surrey was caught selling clothes on eBay that had been made from recently killed leopard, snow leopard and clouded leopard, all endangered species.

The leopard is most common in India and Africa, though not nearly so numerous as it once was. The estimated world population of leopards is 250,000. Other species, existing in former Soviet Union, China and the Middle East, are either extremely rare or thought to be extinct. The Snow leopard, from the Himalayas, Tibet, Central Asian Republics and Mongolia is on the brink of extinction with only around 4,000 animals thought to remain in the wild. The Clouded leopard is found in forests of Nepal to South China down to Sumatra, Borneo and Taiwan, but although many skins turn up in China, no estimates of their numbers exist.

All leopard species are listed on Appendix I of CITES. Officially, they are protected everywhere although African countries allow licensed and controlled hunting for trophies. Enforcing the protection laws is difficult, especially where there is conflict with the public in areas where leopards are accused of killing children and cattle. In India, unlike tigers, leopards are not confined to reserves, where they would be well-protected, so enforcing the law is more difficult.

The organisation 'People for the Ethical Treatment of Animals' is trying to discourage people around the world from buying furs, and 'Respect for Animals' campaigns against trapping for fur. Other conservation groups investigate the fur trade and promote research and leopard conservation projects. If people no longer wanted to wear leopardskin coats or display 'trophies', then there would be no point in continuing the trade in skins and other parts.