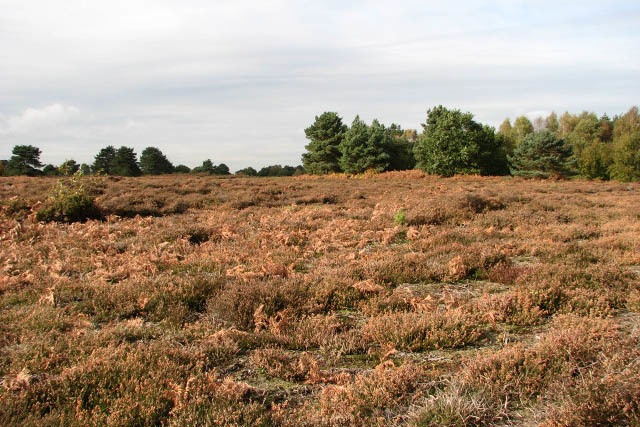 Heathland is the name given to wide open landscapes dominated by low-growing shrubs, such as gorse, heather and the heathland grasses that give it its name. Heathland has only a few trees and no herbaceous plants.

Heathlands are artificially created habitats. Most heathlands are thought to date from the Bronze Age some 3000 years ago.  They occur on barren land (land that does not have enough soil nutrients for farming crops) and usually have sandy, free draining soils. They only persist if they are managed, as the seeds of tree species such as pine and silver birch would take over readily without this being prevented. This maintenance happens through careful cutting, grazing and even burning. Sometimes, turf stripping is used to clear all areas of vegetation, allowing the bare soil to restore.

Much heathland would quickly become woodland if no maintenance occurred. Historically, after the last Ice Age, open areas of heathland would have been created in areas of woodland by animals such as wild ponies, deer, bison and wild cattle. The first human settlers brought their own domesticated animals and expanded these areas. Primitive farming techniques could not prevent the leaching of nutrients, rain washing the nutrients out of sandy soil. Crops failed, the land was abandoned and these poor soils provided a fine habitat for heathers.

Read More: Where are the UK's Heathlands?