The smooth snake is the rarest of the three snake species found in the UK.  It can only be found in isolated areas in a few counties of southern England.

Habitat:  Sandy heathland. Often occurs in places where the sand lizard is found.

Description:  Similar in appearance to the adder, but more slender.  Grey or dull brown with black bar markings or two rows of dots down the back.  Heart-shaped marking on top of the head. Circular pupils. Scales are smooth and flat, unlike those of the adder or grass snake.

Adults emerge from hibernation in March/ April.  Mating takes place in April/ May, with females giving birth to up to 15 live young that look like miniature adults in September or October.  Females do not breed every year. They hibernate in groups from November through to March.

Smooth snakes are non-venomous constrictors and are harmless to humans.  They strike their prey swiftly and subdue it by crushing it in their coils. Once suitably weakened, the prey is swallowed alive.  Young smooth snakes feed exclusively on small reptiles. 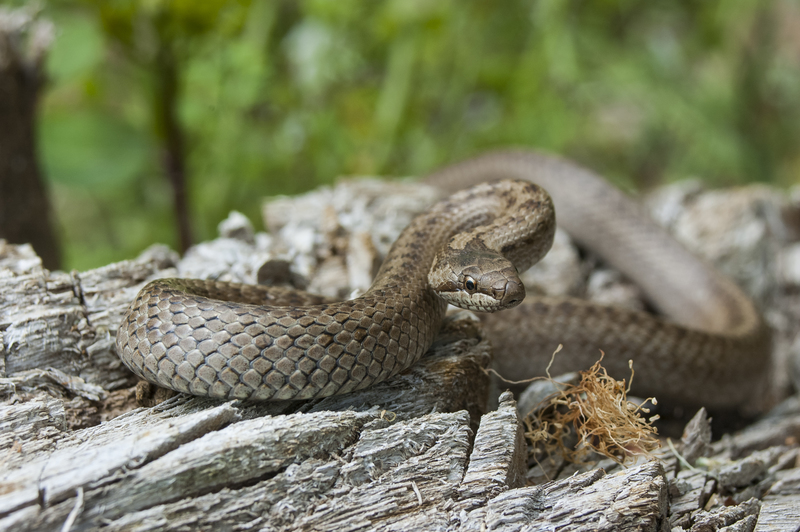 Threats to the smooth snake 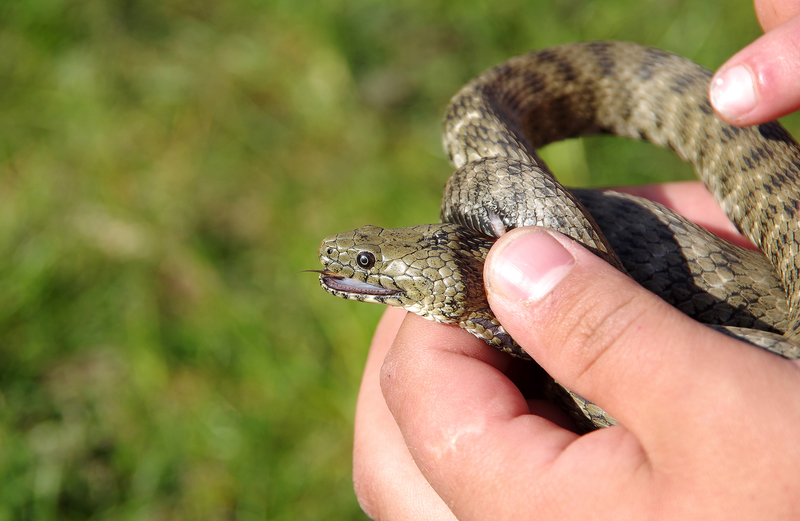 Smooth snakes are fully protected by law in the UK.  They cannot be killed, injured, traded, disturbed or have their habitats damaged or destroyed by humans. 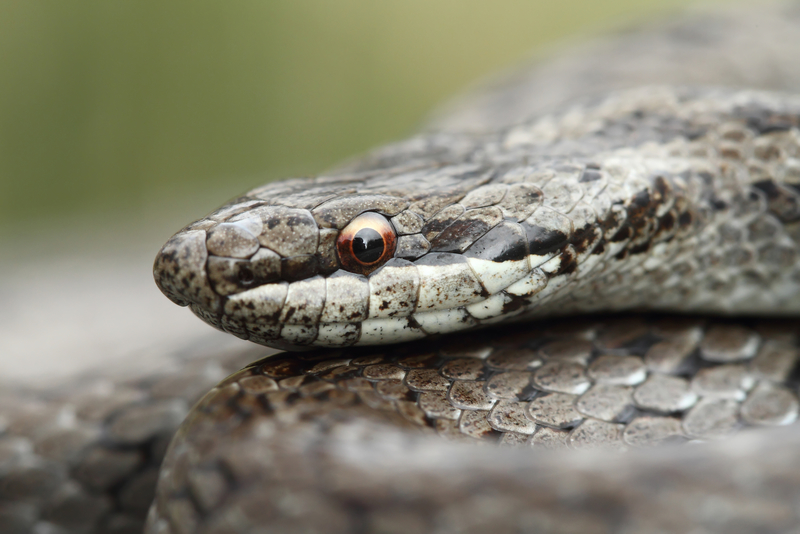 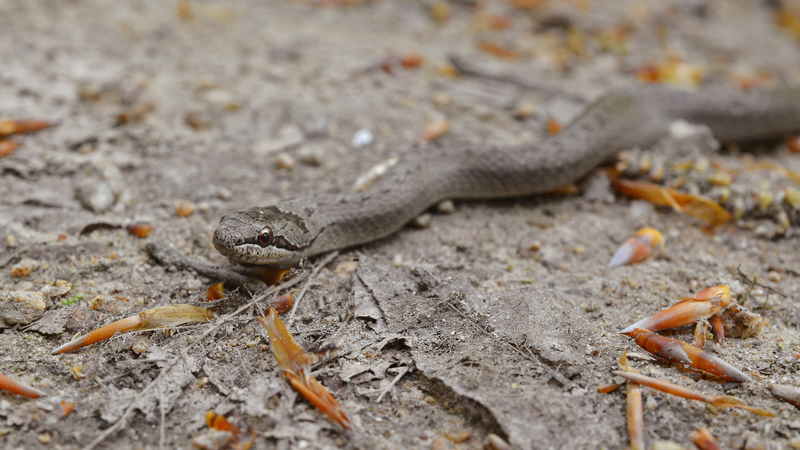