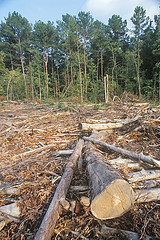 The word ecocide is made by combining 'eco', which has its roots in the ancient Greek word 'oikos', meaning house or the Latin word 'oeco' meaning 'household' and which over the years has come to mean 'habitat' or 'environment';  ' -cide' comes from the Latin verb 'caedere', meaning 'to cut down' or 'to kill'.

A more familiar word -  'homicide' - means the killing of a human being, with 'homo' in Latin meaning 'a human'.

Ecocide, therefore, is a crime against ecosystems.  It could be used to refer to any human activity that substantially damages or destroys the environment. At the moment there is no law criminalising such harm, though many environmental experts are calling for change.

How can you help?

There are many ways that you can help.  You can help by talking to others about the idea of a law against ecocide and how it could help prevent or limit further destruction of the environment.  You could tell them that this simple law could change the rights of nature forever and give our natural world the protection it needs.

You can also help by thinking carefully about the products that you buy. One of the reasons that companies exist is because we buy or use their products.  But it is very hard to know what we are buying, where it comes from, and how it is produced.  Food, for example, contains ingredients from all over the world. Some may be sustainably sourced, others such as palm oil may be contributing to deforestation (palm oil can be found in everything from shampoo and pizza to cat food!) We are consumers and we trust companies to have our best interests at heart, but what about the environment's interests?  To find out more about how you can help protect the environment visit our factsheet ‘Environment'.

Visit the website below to find out more about ecocide. 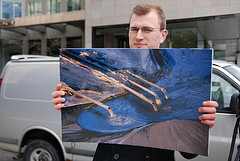 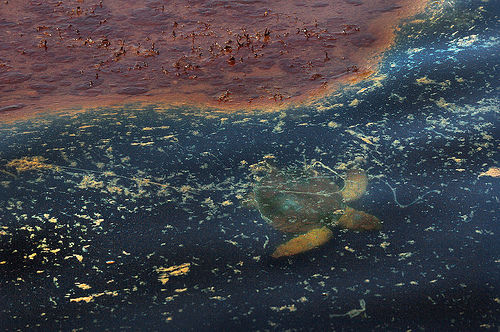 If Ecocide were recognised as a Crime

Campaigners believe that the crime of ecocide should become one of those managed by the International Criminal Court, which can currently prosecute four crimes: genocide, crimes against humanity, war crimes and crimes of aggression.

At the moment, any environmental damage can only be seen as criminal on a global scale if it affects one of these other four areas. It does not currently protect the environment against harm that happens as a result of human activity in times of peace.  Individual countries have their own rules and regulations, but campaigners, such as the Stop Ecocide Foundation Panel, believe that environmental destruction will continue on a mass scale until a global law is created.

If ecocide were recognised in global law, then companies and corporations would be held responsible for environmental damage, such as that caused by oil spills, and people from those companies could be arrested for causing damage to ecosystems.  They would have to carefully consider their actions in drilling into the sea for oil or clearing forests and pumping toxic waste into ecosystems - they would have to take the environment more seriously and would not escape without serious punishment.

Jojo Mehta, co-founder of the Stop Ecocide campaign, believes that enshrining ecocide in law would also create a change in people’s perceptions of the seriousness of environmental crimes.

“If something’s a crime, we place it below a moral red line. At the moment, you can still go to the government and get a permit to frack or mine or drill for oil, whereas you can’t just get a permit to kill people, because it’s criminal,” she says. “Once you set that parameter in place, you shift the cultural mindset as well as the legal reality.”