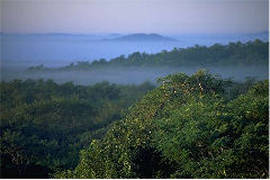 Although there were several smaller El Nino events in the years after 1998, the next significant event occurred between 2014 and 2016. During January 2014, after studying different climate models, the World Meteorological Organisation warned that there was the raised possibility of a weak El Niño event happening during 2014. No very serious issues arose in that year, but, in February 2015, wind burst activity grew again and Typhoon Higos developed. Further events occurred throughout the year and into 2016. During November and December 2015, temperatures peaked at 2.4 °C , which were higher than the December 1997 record of 2.2°C.

This El Niño event affected millions of people around the world, including in Africa, Central America, Southeast Asia, and the Pacific Islands. Effects included flooding caused by above average rainfall, increased food insecurity, higher malnutrition rates and terrible destruction of people's livelihoods The event also contributed to the Earth's global warming trend, with 2014 and 2015 becoming two of the hottest years on record.