Where is the Earth's Water? 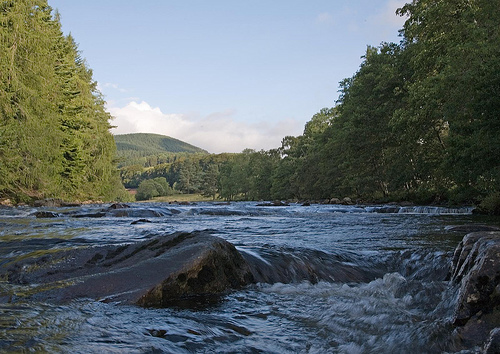 Over 97% of all the water on Earth is salty and most of the remaining 3% is frozen in the polar ice-caps. The atmosphere, rivers, lakes and underground stores hold less than 1% of all the fresh water and this tiny amount has to provide the fresh water needed to support the Earth's population. Fresh water is a precious resource and the increasing pollution of our rivers and lakes is a cause for alarm.

Most fresh water pollution is caused by the addition of organic material which is mainly sewage, but can also be be food waste or farm effluent. Bacteria and other micro-organisms feed on organic matter and large populations quickly develop, using up much of the oxygen dissolved in the water.

Normally oxygen is present in high quantities but even a small drop in the oxygen level can have a harmful effect on the river animals. Animals can be listed according to their ability to tolerate low levels of oxygen.

Other forms of fresh water pollution include micro-plastics, chemicals such as hormones and nasty toxins from household cleaning products.

Microplastics - Fabric particles such as polyester, acrylic and nylon were among the major finds across the samples.  Nowadays most of our clothes are made up of these synthetic fibres -researchers have discovered that just one garment can release up to 1,900 microplastic particles per wash!

When swallowed by animals these particles can become lodged in their cells which may cause harm and may also enter the food chain.

See How to Clean Up our Water for twelve handy tips from the Natural Resources Defense Council.

Choose a place on a river bank which is safe to work from and where there is reasonable access to the water. Push your net through the weeds at the edge of the river and collect any animals hiding there. If the water is shallow you could stand in the river and place your net on the bottom with the opening pointing upstream allowing the current to wash the animals into the net. Tip the catch into a white dish and identify the animals.

If you find only blood worms, tubifex worms or rat-tailed maggots it would suggest that there is little oxygen in the water and that pollution is occurring. If this is the case write to your regional Water Authority informing them of your investigation giving details of where you sampled and what you think might be the possible source of pollution. 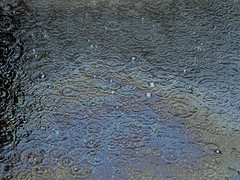