Where do Seeds Come From?

Maybe you have planted a seed before and watched it germinate and grow. Where did this seed come from? Perhaps you bought it in a packet, or maybe you found it as part of a plant.

It might seem like a strange concept for people to ‘own’ seeds. In the wild, plants produce seeds, which are dispersed (spread) in many different ways, such as by animals, or on the wind. No one thinks about owning these seeds, they simply allow the plants to carry on! 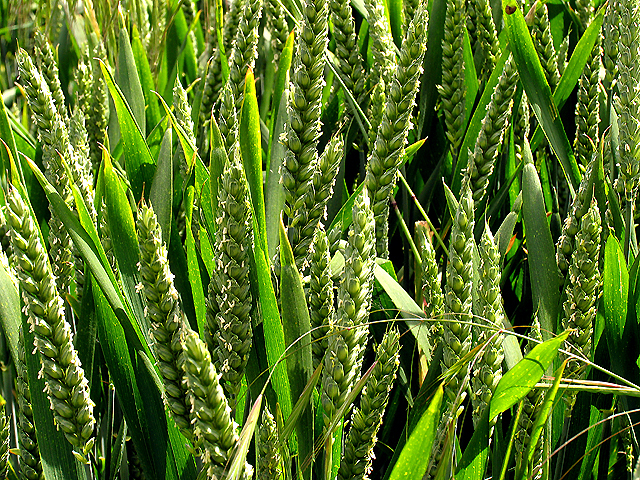 However, since the 1930s, it has been possible for companies to ‘patent’ seeds that they have developed, meaning that they own the rights to the seeds and can charge others for using them. Now, many plants used for food, fuels and animal fodder have been grown from seeds that have been carefully bred to ensure that they are strong and will yield a good crop. Many of them have been genetically modified in some way to improve their changes of being disease free or to increase their resistance to pesticides. Genetically Modified (GM) or F1 hybrid seeds, which have been cross bred between particular types of plants can often not be saved, in any case, because they are genetically unstable.

Farmers who use these seeds have to pay the breeders and the companies that have bought the rights to own the seeds. If they save seeds and plant them another year, they must pay again for the use of these ‘Farm Saved Seeds’.  Sometimes, it is illegal to save seeds from GM or F1 crops altogether and farmers found to be doing so can face big fines. It’s also illegal for farmers to give any surplus seed that they have saved to another farm for free. In the UK, some of the money from the sale of the seeds is used by the British Society of Plant Breeders (BSPB) to fund further research into breeding methods, creating stronger plants, more suited to being grown on a mass scale.

Farmers are not allowed to sell any crops such as wheat, barley or oats without first having had their crop certified by the Animal and Plant Health Agency (APHA).  If they try to sell any seed that is not correctly registered, they face legal action. The same applies for any crops such as field peas or yellow pins grown for sale as animal food.  These regulations mean that farmers are obliged to use only seeds sold by the big companies recognised by APHA. They are also often obliged to buy and use the correct type of pesticide to suit the crop - a pesticide that has been produced by the same company selling the seed!

BASF, Bayer/Monsanto, ChemChina-Syngenta, and Corteva Agriscience are the four big corporations that currently own the rights to over two thirds of the world’s seed and pesticide sales. These sales generate huge profits for the companies and they have been accused of ‘biopiracy’ by activist Pat Mooney of the ETC Group for eco-justice, who claims that the companies take the work and genetic material developed by small farmers, often in the Global South, and use them to make money. Mooney accuses the companies of “decimating the innovative contribution of public sector researchers and threatening the 12,000-year-old right of peasants to breed, save, and exchange their seeds.”

What is the Seed Saving Movement?

Seed saving is the process by which growers, from individuals with their own allotment, to school garden groups and smaller farms, collect and re-plant seeds that are open pollinated (OP) rather than coming from one of the large corporations. Seeds might be swapped between these groups either by gifting from friend to friend, or as part of a larger event such as ‘Seedy Sunday’ a seed swapping event that happens in Brighton each February.  OP seeds are publicly owned, rather than being the private property of businesses. This idea of publicly owned seeds is known as Seed Sovereignty.

Campaigners who support publicly owned seed saving, such as Seed Cooperative, Vital Seeds and Irish Seed Savers, argue that this is good for biodiversity.  According to the UN Food and Agricultural Organisation, we have lost 75% of genetic diversity in plants globally since the 1900s and, in the last century alone, 93% of the world’s unique seed varieties have disappeared.   This has coincided with industrialised agricultural methods - farming on a huge scale. Those who wish to see a return to seed saving, claim that a return to traditional use of OP seeds will produce a more diverse range of plants better adapted to local soils and to future climate change.

Campaigners for Seed Sovereignty also believe that people who grow their own food from seed have more interest in where their food comes from and a better choice of the types of foods they grow and eat.  They argue that food crops should belong to everyone, not just to a few rich companies. Helene Schulze, who co-directs London Freedom Seedbank and also works on the Seed Sovereignty Programme of the UK and Ireland says, “If you own the seeds you own the food system. I want all local communities or regions to have their own seed bank, so everyone knows exactly where to get free seed.”

The Open Source Seeds Initiative (OSSI) has begun to produce seeds for people to use along with  a pledge printed on their packaging. This states that the seeds are ‘open source’. They can be saved, shared and used to breed new varieties as long as the grower promises never to license or patent them in a way that restricts others from using them. This initiative means that big firms will  never use these seeds as they would not be able to profit from them.

Whilst certain characteristics might be of benefit to farmers who want to grow huge quantities of one particular crop, many smaller local growers may prefer the flexibility of growing smaller numbers of a wider range of plants. 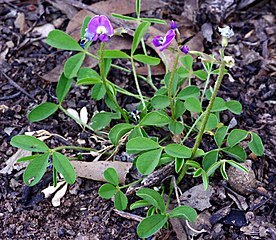 Another reason people may want to gather and save seeds is to make sure that certain varieties of fruits, vegetables and wildflowers don’t die out. Like other endangered species in the animal kingdom, plants can suffer as a result of habitat loss due to monoculture farming or use of pesticides. Environmental disasters can cause serious harm to plants as well as animals in affected areas. The Australian bush fires in 2020 were not just catastrophic for millions of animals, they also saw the destruction of the rare clover glycine, already a vulnerable species.

Fortunately for the clover, seed saving is practiced all over the world for events such as these. Researchers from the Kew Gardens Millennium Seed Bank were able to send 250 clover glycine seeds over to Australia to help try to re-establish the damaged areas of land. Seed banks such as the one at Kew are used to store seeds from wild plants and from crops. One of the aims of the seed bank is to protect the UK’s wildflowers, which are declining due to a loss of meadowland.

The Svalbard Global Seed Vault in Norway is another huge holding space for seeds from across the world. It makes sense for countries to send samples of their plants for storage elsewhere because seed banks can be destroyed by war or natural disasters. The national seed bank of the Philippines was damaged by flooding and later destroyed by a fire; the seed banks of Afghanistan, Syria, and Iraq have been lost entirely due to war.  No genetically modified strains of seeds are kept at the Svalbard bank. In 2019, they had seeds from 992,032 different plant varieties from around the globe.

Whilst it is not a gene bank, Garden Organic has a Heritage Seed Library. This is a collection of seeds from vegetable varieties that are less commonly found in shops. All the seeds are Open Pollinated and seeds from the resulting plants can be saved, swapped and reused freely.  People can sign up to become a member of the library and are allowed to choose 6 sets of seeds each year to grow at home. In this way, the library hopes to preserve biodiversity in gardening and to ensure that lesser known species don’t disappear, but will still be available to be enjoyed by future generations.

The Guardian, (28/12/2020) Seed saving movement calls for seeds to be publicly owned, by Alexandra Genova, [online], Available from: https://www.theguardian.com/uk-news/2020/dec/28/seed-saving-movement-calls-for-seeds-to-be-publicly-owned, [Accessed on 23/1/21]

Grain, (8/4/2015) Seed laws that criminalise farmers: resistance and fightback, by La Via Campesina, [online], Available from: https://www.grain.org/article/entries/5142-seed-laws-that-criminalise-farmers-resistance-and-fightback, [Accessed on 23/1/21]