Distribution:  Found throughout UK, including Jersey, Guernsey, Herm and Jethou in the Channel Islands.  Not found in Northern Ireland, Scottish islands and the remaining Channel Islands (Alderney, Sark, Lihou and Brecqhou).  Found in much of Europe, except Ireland, northern Scandinavia, central and southern Iberia, most islands of the Mediterranean and Greece.  Also northeastern Turkey, northern Iran, Armenia, Azerbaijan, southern Russia and Georgia. Widespread in the forests of northern Eurasia.

Description:  Have a shiny look to them.  Males are grey-brown without stripes (though some have bluish spots), while females are brown, with dark sides and sometimes dark stripes running down the back and sides of the body.  Both have grey to bluish bellies. Young slow worms are only about 7-10cm long and very thin, with gold or silver sides and dark bellies. 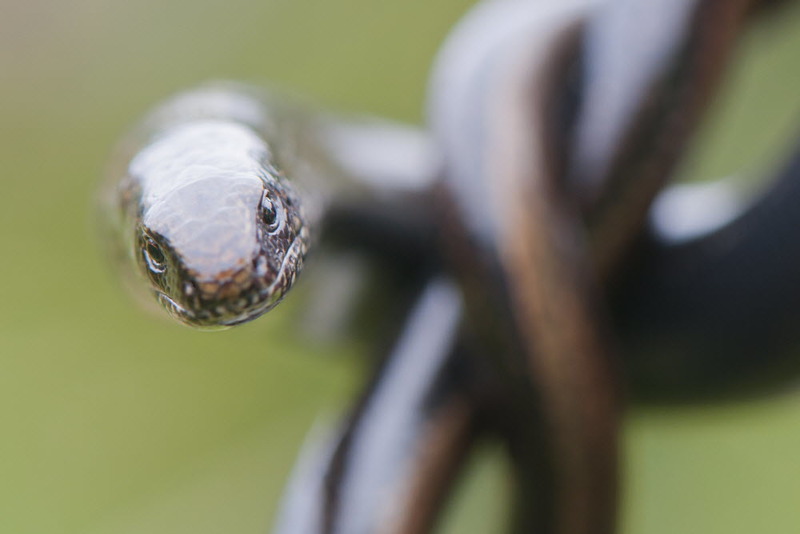 Although their snake-like appearance means that people are often scared by slow worms, especially if they turn up in someone’s garden, they are in fact harmless to humans and do gardeners a favour by eating lots of slugs, snails and other slow-moving garden pests.

The lock down in 2020 is thought to have been beneficial for slow worms. They are often disturbed whilst mating during May as this is a long process for them. With fewer people around outside as a result of the lock down, it's hoped that slow worms will have had more time to themselves and, thus, a chance to breed more easily.

Slow worms are protected by law in Great Britain, meaning that they cannot be deliberately killed, injured or traded in any way.  Its numbers are thought to be in decline in the UK and it is a ‘Priority Species’ in the UK Biodiversity Action Plan.

Photo (below) by Nick Goodrum. 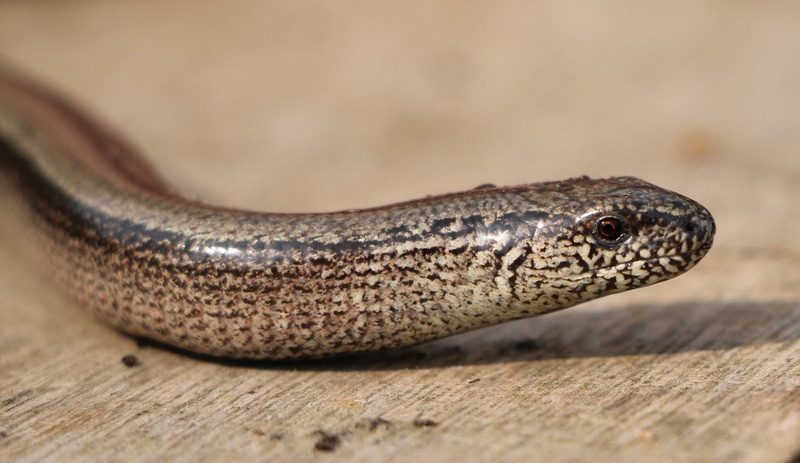 Photos by Nick Goodrum and Sam Rowley are courtesy of Wildscreen Exchange.