What is acid rain?

Acid rain is a result of air pollution. When any type of fuel is burnt, lots of different chemicals are produced. The smoke that comes from a fire or the fumes that come out of a car exhaust don't just contain the sooty grey particles that you can see - they also contains lots of invisible gases that can be even more harmful to our environment.

Power stations, factories and cars all burn fuels and therefore they all produce polluting gases. Some of these gases (especially nitrogen oxides and sulphur dioxide) react with the tiny droplets of water in clouds to form sulphuric and nitric acids. The rain from these clouds then falls as very weak acid - which is why it is known as "acid rain".  The release of sulphur dioxide can also occur naturally when a volcano erupts.

Acid rain was considered a major problem in the 1980s and while steps to reduce sulphur emissions have been successful we are still feeling the effects today, and there is still work to be done. 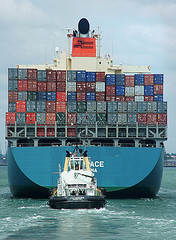 How acidic is it?

Acidity is measured using a scale called the pH scale. This scale goes from 0 to 14. 0 is the most acidic and 14 is the most alkaline (opposite of acidic). Something with a pH value of 7, we call neutral, this means that it is neither acidic nor alkaline.

Very strong acids will burn if they touch your skin and can even destroy metals. Acid rain is much, much weaker than this; it is never acidic enough to burn your skin.

Rain is always slightly acidic because it mixes with naturally occurring oxides in the air. Unpolluted rain would have a pH value of between 5 and 6. When the air becomes more polluted with nitrogen oxides and sulphur dioxide the acidity can increase to a pH value of 4. Some rain has even been recorded as being pH2.

Vinegar has a pH value of 2.2 and lemon juice has a value of pH2.3. Even the strongest recorded acid rain is only about as acidic as lemon juice or vinegar and we know that these don't harm us - so why do we worry about acid rain?

The effects of acid rain

Acid rain can be carried great distances in the atmosphere, not just between countries but also from continent to continent. The acid can also take the form of snow, mists and dry dusts. The dry dust can cause respiratory illnesses in animals and humans such as asthma.  The rain sometimes falls many miles from the source of pollution but wherever it falls it can have a serious effect on soil, trees, buildings and water.

In the 1970s the effects of acid rain were at their worst.  Forests all over the world were dying and in Scandinavia the fish were dying; lakes looked crystal clear but contained no living creatures or plant life. Many of Britain's freshwater fish were threatened;  their eggs were damaged and deformed fish were hatched. This in turn affected fish-eating birds and animals.  Animals belong to a food chain and often if one link in a food chain is taken away it can have devastating effects. 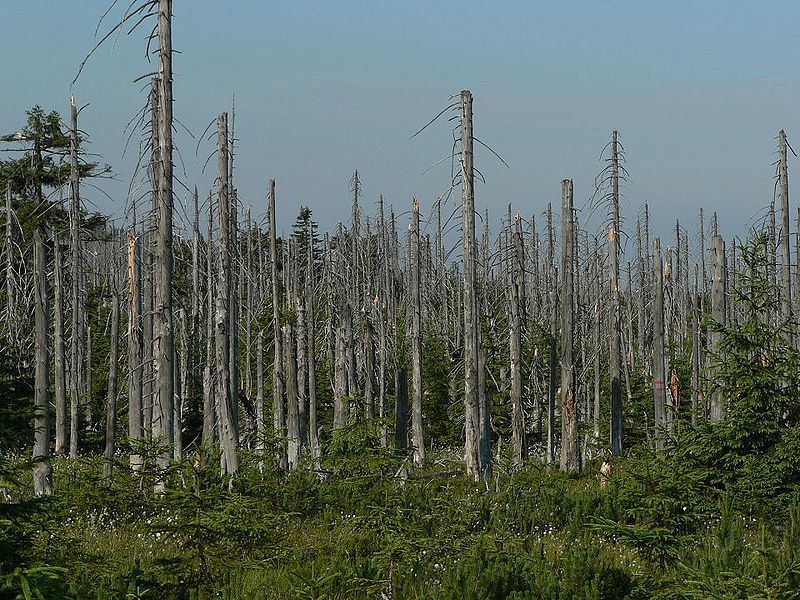 It is thought that acid rain causes trees to grow slower or even to die but scientists have found that the same amount of acid rain seems to have more effect in some areas than it does in others.

As acid rain falls on a forest it trickles through the leaves of the trees and runs down into the soil below. Some of it finds its way into streams and then into rivers and lakes. Some types of soil can help to neutralise the acid - they have what is called a "buffering capacity". Other soils are already slightly acidic so these are particularly susceptible to the effects of acid rain.

Acid rain can effect trees in several different ways, it may:

A combination of these effects weakens the trees which means that they can be easily attacked by diseases and insects or injured by bad weather. It is not just trees that are affected by acid rain, other plants may also suffer.

It is in aquatic habitats that the effects of acid rain are most obvious. Acid rain runs off the land and ends up in streams, lakes and marshes - the rain also falls directly on these areas.

As the acidity of a lake increases, the water becomes clearer and the numbers of fish and other water animals decline. Some species of plant and animal are better able to survive in acidic water than others. Freshwater shrimps, snails, mussels are the most quickly affected by acidification followed by fish such as minnows, salmon and roach. The roe and fry (eggs and young) of the fish are the worst affected as the acidity of the water can prevent eggs from hatching properly, can cause deformity in young fish which also struggle to take in oxygen.

The acidity of the water does not just affect species directly, it also causes toxic substances such as aluminium to be released into the water from the soil, harming fish and other aquatic animals.

Lakes, rivers and marshes each have their own fragile ecosystem with many different species of plants and animals all depending on each other to survive. If a species of fish disappears, the animals which feed on it will gradually disappear too. If the extinct fish used to feed on a particular species of large insect, that insect population will start to grow, which in turn will affect the smaller insects or plankton on which the larger insect feeds. 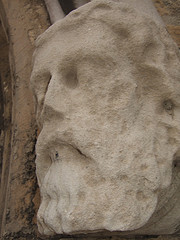 Every type of material will become eroded sooner or later by the effects of the climate. Water, wind, ice and snow all help in the erosion process but unfortunately, acid rain can help to make this natural process even quicker. Statues, buildings, vehicles, pipes and cables can all suffer. The worst affected are things made from limestone or sandstone as these types of rock are particularly susceptible and can be affected by air pollution in gaseous form as well as by acid rain.

What has been done?

1970 was the worst year for air pollution in the UK with over 6 million tonnes of sulphur dioxide being released.  In 1973 and 1979 there was a noticeable jump in emissions due to cold winters and a greater need for heating in our homes, shops and work places.

Governments around the world have placed restrictions on sulphur-emitting processes, making it illegal to cause high emissions. Introduced across Europe on 1 January 2008, the Large Combustion Plant Directive (LCPD) aims at reducing sulphur emissions.  In 2013 the Industrial Emissions Directive (IED) came into force. This legal agreement combines seven existing Directives, including the LCPD. The large combustion plants that produce our energy need to meet IED requirements by 2016. See UK's Air Polution Information System for more details.

The 1999 Gothenburg Protocol set limits on emissions and came into force in 2010.  Unfortunately international agreements failed to include shipping which uses sulphur rich fuels that are now banned on land, so emissions from the North sea could still reach countries such as Norway.  However, in July 2011 the European Commission proposed to reduce sulphur emissions from the fast-growing maritime and shipping industry by 90% by limiting the legal sulphur content allowed in fuels in certain areas such as the Channel and Baltic Sea.

The International Marine Organisation (IMO) works to limit the sulphur content of shipping fuel used with Emission Control Areas (ECAs). The ECA cap was reduced to 1% m/m, with a further reduction to 0.10% effective from 1 January 2015.

Whilst many countries have reduced their emissions, an upsurge in industrialisation and reliance on fossil fuels in countries such as China could lead to a further increase in sulphur dioxide emissions.

Although the amount of sulphur dioxide that is being released has been cut considerably, more needs to be done about nitrogen oxide from motor vehicles and agricultural fertilizers. When nitrogen oxide mixes with rain it forms nitric acid which drains important plant nutrients from the soil and releases minerals such as aluminium into water courses.

Too much nitrogen in our waterways can lead to eutrophication.  This is when algal blooms or just a few dominant plant species take over and block all the light for underwater plants.  When the algae dies and starts to decompose, tiny decomposing organisms use up all the oxygen, leaving none for other aquatic creatures.

Lakes and rivers can have powdered limestone added to them to neutralise the pH of the water - this is called "liming". Liming, however, is expensive and its effects are only temporary - it needs to be continued until acid rain stops. The people of Norway and Sweden have successfully used liming to help restore lakes and streams in their countries.

A major liming programme took place in Wales where 12,000 km of its waterways were acidified.  In 2003 liming of the river Wye led to a return of the salmon which had completely disappeared in 1985.  However, other parts have taken longer to recover and there are still no signs of life.

Recently a more positive side of acid rain has been noted as it can be very effective at reducing the natural production of methane, a “greenhouse gas” approximately 23 times more powerful than carbon dioxide, especially in wetland areas.  The sulphur in acid rain limits the activity of methane-producing microbes found in wetland areas. (New Scientist)

What can we do to help?

For further information on acid rain and what you can do about it visit: