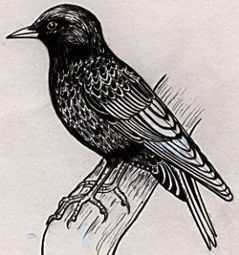 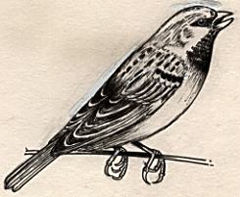 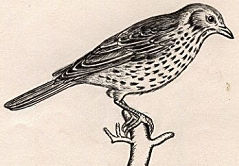 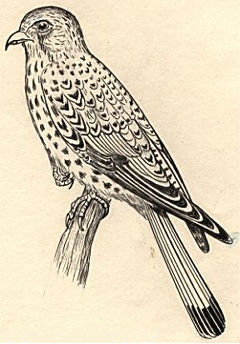 Birds are probably the most easily seen of all the animals in a garden and it is not difficult to turn your garden into a bird sanctuary. All you really need to do is make sure that there is plenty of food and water available, particularly in the winter, as well as a variety of places for nesting and roosting.

It is a good idea to provide as much natural food as possible. Plants such as sunflowers, forget-me-nots and Michaelmas daisies will attract seed-eating birds such as greenfinches, and a patch of wild flowers such as thistles, knapweed and teasel may attract not only seed-eating birds but also insect-eaters, which are attracted by the insects living on the plants. Shrubs bearing berries, including elder, holly, rowan and hawthorn, supply food for blackbirds and thrushes.

A variety of habitats will be appreciated by birds. An open lawn will provide a foraging area for birds searching for worms and grubs; a pond will attract insect-eating birds, and provide water for drinking and bathing. Trees, including dead ones, thick hedges and bushes all offer nesting places.

Few gardens are wild enough to provide enough natural nest-sites and we can compensate for this by putting up nest-boxes. There are several types of nest-boxes available for a variety of species - or you can build them yourself. The design and position of a nest-box is very important - see the end of this fact sheet for sources of advice. Observations of nest-boxes will allow you to study the breeding behaviour of your garden birds and provide them with much needed nest sites. 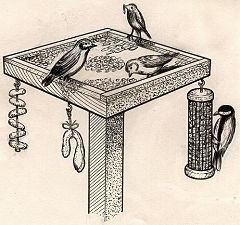 Bird baths
Don't forget to provide water all the year round for drinking and bathing. The best way to do this is by having a pond with shallow edges, but if you do not have the space for this then a small bird-bath of some sort will be almost as good.

The birds that may be seen in your garden throughout the year are called resident birds and the following are the species you are most likely to see:-

Bird-watching is a fascinating hobby, wherever you live, and if you would like more information and advice about birds take a look at RSPB Kids

Image: Birds in the City by Horia Varlan