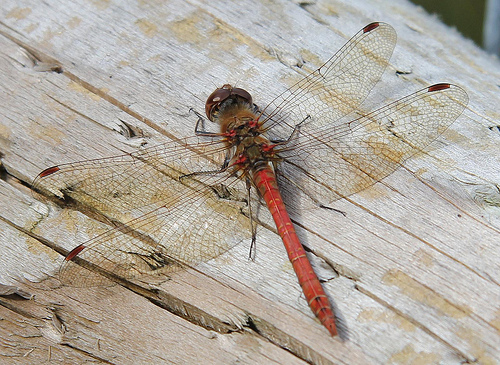 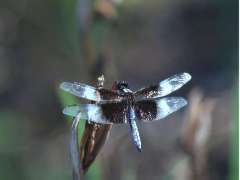 These fascinating and colourful creatures are among the fastest and oldest insects in the world. Their fossilised remains show that they were already here on earth 300 million years ago!

Fossils of very large dragonfly ancestors  from 325 million years ago have been found in in Upper Carboniferous rocks; these had wingspans of up to  750 mm. Insects in these times were able to grow to very large sizes partly due to a lack of predators and partly due to the extra oxygen levels that used to be in the Earth's atmosphere. During the Carboniferous era Earth’s air contained 31-35% oxygen,  compared to just 21% oxygen in the air today. Insects don't have lungs, instead, they have a series of openings called 'spiracles' all along their bodies. These carry oxygen to the organs that need it.

Researchers from Arizona State University have carried out an investigation to find out what happens if dragonflies are raised in special chambers with high levels of oxygen, similar to those of the Carboniferous. The team were able to raise dragonflies 15% larger than normal in these chambers.