Grass snakes are non-venomous and are normally found near water.  They feed on a wide-ranging diet, but prefer amphibians when they can catch them. 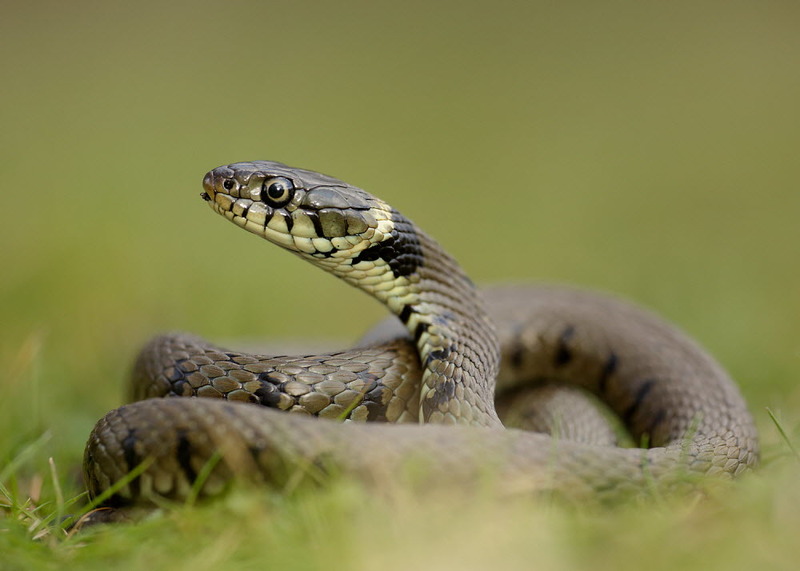 Distribution:  Widespread in England and Wales. Not found in Northern Ireland, Scotland the Channel Islands and the Isles of Scilly.  Found in most of Europe, except Ireland, northern Scandinavia, southeastern Spain, the Balearic Islands and Crete.  From Russia eastwards to Kazakhstan, Turkmenistan, China and Mongolia. Isolated populations in Morocco, Algeria and Tunisia.

Description:  Usually greenish in colour, with dark markings down the sides, yellow and black ‘collar’ near head and a pale belly.  Females are larger than males.

Adults emerge from hibernation in March/ April.  Males emerge before females. They stay close to their hibernation nest for the first few days.  Mating takes place in April. Females lay eggs in June and July in a place where rotting vegetation is creating heat.  This includes compost heaps! 15cm long young hatch in late summer, looking like miniature adults.

They prefer to live close to water, often in long, damp grass.  Garden ponds can be a useful feeding ground for grass snakes. Grass snakes have a seasonal diet, taking different prey at times when they are easiest to catch.  In spring, they eat fish, in the summer they hunt newts and for the rest of the year they eat frogs and toads. They will also catch mice and voles where they can, but this is rare.

Photo of young grass snake (below) by David Slater. 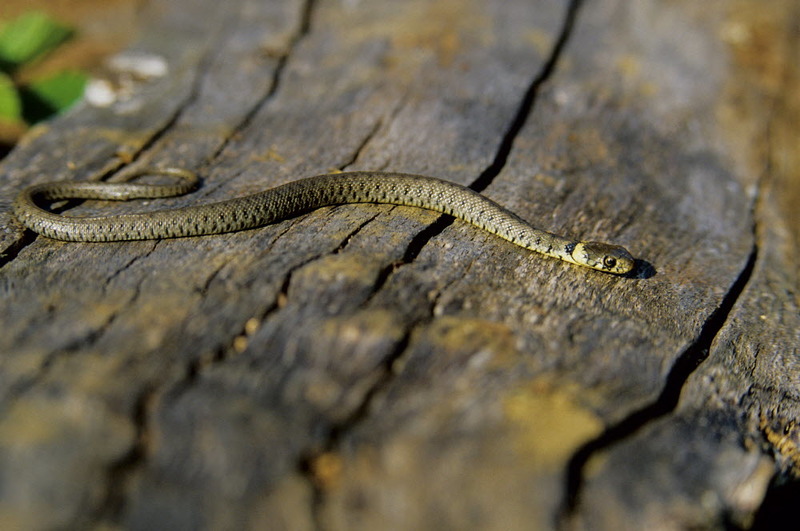 Threats to the grass snake

Grass snakes have a surprisingly long list of predators, including herons and other bird species, weasels, hedgehogs, badgers, foxes and domestic cats.

Photo (below) by Iain Leach. 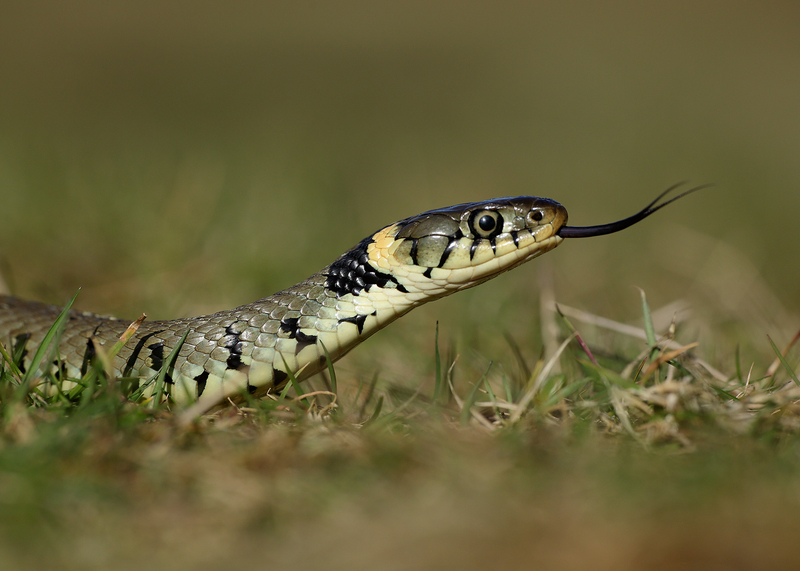 Photo of grass snake playing dead (below) by Iain Leach. 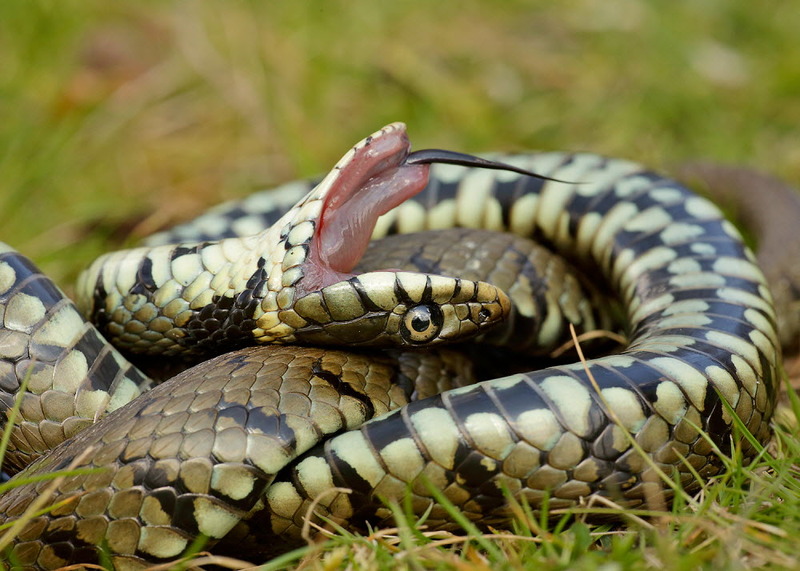 Grass snakes are protected in the UK under the Wildlife and Countryside Act, 1981. They are a Priority Species under the UK Post-2010 Biodiversity Framework, meaning that they cannot be deliberately killed, injured or traded in any way.