Red squirrels making a comeback - thanks to pine martens

The grey squirrel is a great example of how introducing a species from another part of the world can have unintended consequences. Originally from America, grey squirrels were released in parklands in the UK during the 1870s. It was hoped that they would add interest and be a decorative addition to the landscape. 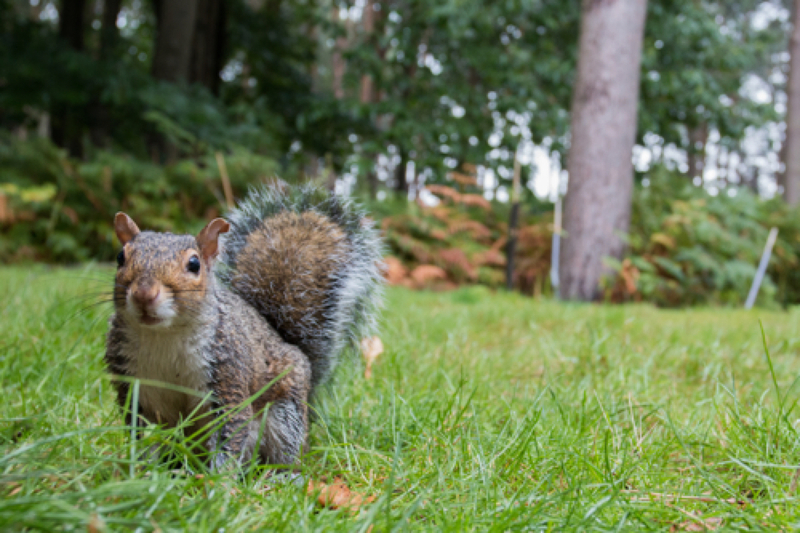 But they also damaged native trees like oak and beech by stripping their bark and that damage now amounts to millions of pounds each year.
What's more it wasn't long before the greys, larger and more robust than our native red squirrels were starting to take over.  It wasn't just that they were bigger and stronger than the reds.  Grey squirrels carry 'squirrelpox', a disease that makes them feel unwell, but kills red squirrels.  So with the combination of these factors, the UK's population of red squirrels has fallen from 3.5 million to just 250,000 today.
Help now seems to be at hand, but it;'s coming from an unexpected source.  Pine martens suffered from hunting for their fur and were killed as predators of game birds until they gained protected status in law during the 1980s.  Now their numbers are increasing and there are a few thousand living in Scotland.
New research carried out in Scottish woodlands has confirmed what had already been suggested in research from Ireland: that where there are pine martens, there tend to be more red squirrels and fewer greys.  For the experiment, over 200 feeders were filled with hazelnuts and peanuts.  Animals visiting the feeders were identified by a sticky patch on the feeders, which collected samples of their hair. 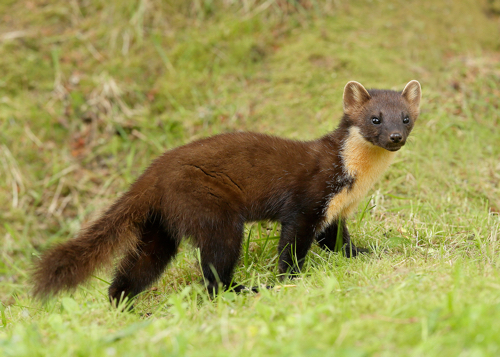 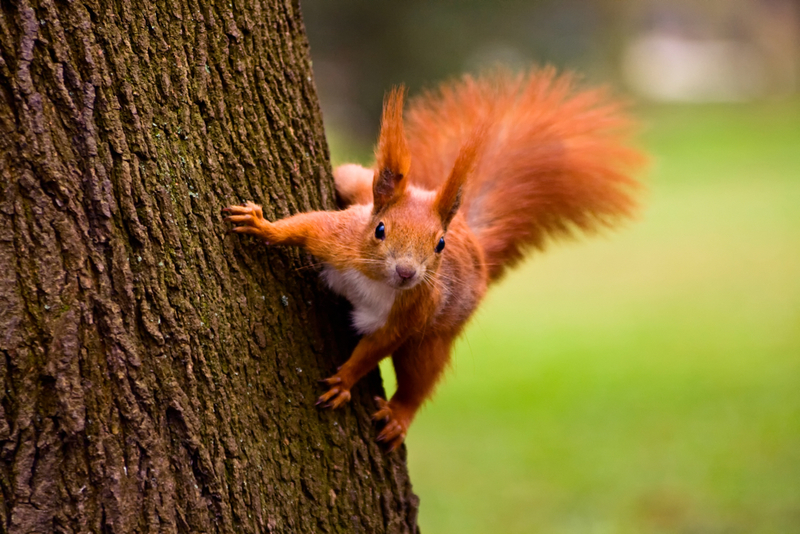 Red squirrels like this one may be making a comeback, thanks to the pine marten.