In 2011 fossil fuels made up 83% of the world’s energy use.  These are resources found under the ground: coal, oil and gas. In 2019 this had decreased to around 64% as nuclear power, and in particular, renewable energy use increased. See World Energy (PDF) for more information.

What are fossil fuels?

Trees breathe in carbon dioxide and store the carbon in their trunks.  Millions of years ago many trees sank into the swampy ground where they had been growing and disappeared, taking the carbon they had absorbed with them.  Under pressure from above, they turned in to a kind of fossil which we call coal  Now we are digging it up to use as a fuel because the carbon which was stored in the fossils burn really easily.  The same thing happened with oil and gas except these were originally tiny sea creatures which stored the carbon in their bodies and shells and took it with them when they died and their bodies got buried. 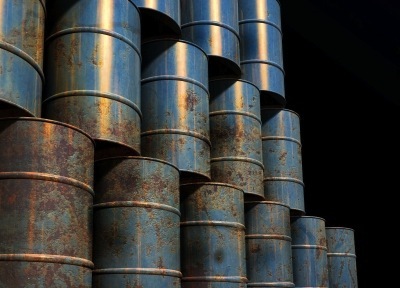 Without fossil fuels, many countries would not have been able to develop and industrialise to give us the lifestyles which we enjoy today.  Now more countries such as China and India are developing at a very fast rate and their energy needs are soaring.

The trouble is that when we burn fossil fuels to make electricity, run our cars and for many other uses the carbon is released back into the atmosphere where it contributes to the greenhouse effect.  These “greenhouse gases” such as carbon dioxide add to an invisible blanket around the earth which traps more of the sun’s heat.  This makes the temperature of the world rise - what we call “global warming”.  See our 'Greenhouse Effect' video in the resources section below. The warming of the planet is causing the world’s weather patterns to change which is why we call it “climate change”.

Not only that but breathing in this pollution is not good for our health, especially in cities where they have a large number of cars such as Mexico city.  But there are still coal fired power stations being built around the world to meet our rising demand for energy to run all of our gadgets.  In the 2013 World Energy Resources (PDF) report it is stated that China alone now uses as much coal as the rest of the world. World energy consumption increased by 56% between 1985 and 2001.

The other problem with fossil fuels is that they will soon run out - maybe that’s a good thing.  So even if we don’t agree with the idea of human induced climate change or don’t care, we still need to look for alternatives.

It is estimated that fossil fuels will last...

As fossils fuels become more expensive and harder to find, renewable energy will become cheaper as technology improves and the equipment is made on a larger scale.  Unfortunately at the moment we don’t have enough renewable energy to replace fossil fuels, but hopefully that will change.