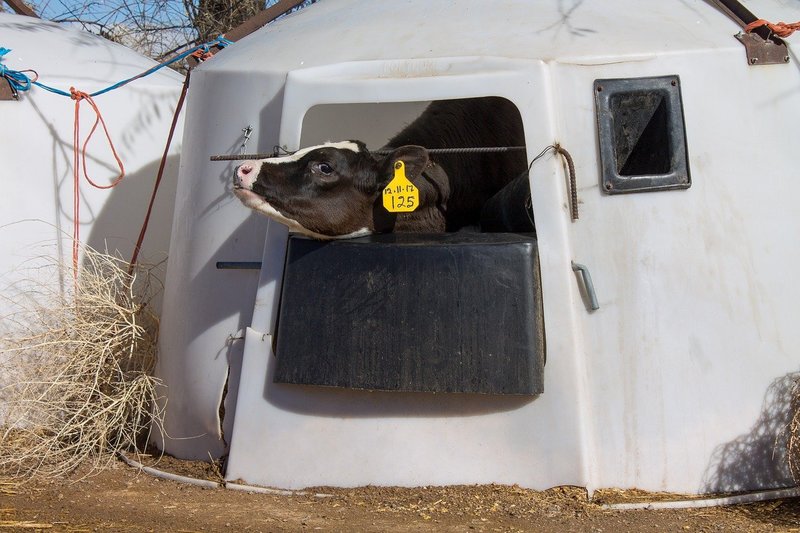 Humans have hunted animals to eat as food since prehistoric times and, in some cultures, hunting wild animals is still the way that meat becomes part of people’s diet.  When people hunt animals for food, the animals have generally lived in the wild prior to being killed (with the exception of game raised for sport) and the kill is usually fast.

However, much of the meat that humans eat nowadays is farmed, not hunted. There are different ways that animals can be farmed, including on an industrial scale, to maximise meat production and profits. Many animals rights campaigners would argue that it is wrong for humans to eat any animals, since it is possible for people to survive on a vegetarian or vegan diet. Others take issue with the way that the animals are farmed, trying to draw attention to the cruelty of some industrialised farming practices.

Chickens raised for egg laying are often kept in tiny enclosures with barely any space at all to walk or move around. These are known as ‘battery’ chickens due to the way that the cages are joined together in a unit like an artillery battery. These hens will often live their entire lives in cages, never seeing daylight. When chicks are born on farms, only the female, egg laying hens are ‘useful’ and so worth keeping. Male chickens provide neither eggs nor meat. After hatching, when is it possible to tell the sex of the chicks, all the males are usually killed. Some are gassed and used as feed for pet reptiles, others are fed into a grinding machine and turned into animal feed pellets.  50 billion chickens are slaughtered for food every year, and this does not include the males killed straight away.

Other animals, such as pigs, are also sometimes kept in very small cages.  Female pigs used for breeding are kept in small ‘gestation crates’ and are impregnated via artificial insemination. Once the piglets are born, the females are moved to ‘farrowing crates’, cages just big enough to lie down and feed their young. After 10 days, the piglets are taken away for raising into meat and the females are impregnated again. Around 1.5 billion pigs are slaughtered for meat every year. Doctor Donal Broom, a Cambridge University professor and a former scientific adviser to the Council of Europe, stated that pigs show intelligence that is greater than that of dogs and maybe even equalling that of a human “three year old child”.  Pigs in cages display signs of boredom and depression; they are normally sociable animals that form friendships and strong family bonds.

Cows are another animal farmed extensively for meat and for dairy products. As with pigs, cows are forcibly impregnated again and again to make sure that they keep producing milk. The young calves are taken away from their mothers to be raised for meat (or as future dairy cows) and the cycle continues until slaughter. 300 million cows were slaughtered for food in 2016 and there are approximately 250 million cows kept for milk production around the world.

In the west, people are often horrified to learn about the fact that people in places such as China, raise and kill dogs for food. However, in India (and elsewhere) Hindu people believe the cow to be a sacred animal and they live a vegetarian lifestyle.  Seal culling or 'sealing' is a commercial practice in many countries including Canada, Greenland, Iceland, Finland and Russia. Seals are killed for oils in their fat or blubber, their meat and for their fur - to be worn as clothing.  Seal oil is considered a beneficial health supplement, a rich source of Omega 3 oils.  They are killed sustainably and traditionally for their meat in rural Inuit communities, but the mass killings or cullings that occur on many coasts account for the death of hundreds of thousands of seals every year.  This could be up to 900,000 a year according to the EU.

In September 2009 the EU called for a ban on the trade of all seal products in the European Union.  This embargo was challenged by Canada as damaging to their economy and discriminatory.  Although seals are hunted from the wild and not farmed, people were against the methods used to kill them. The US, Mexico, Russia and Taiwan also ban imported seal products. On 22 May 2014 the World Trade Organisation upheld the EU's ban on the importation and marketing of seal products.

Views on which animals are acceptable to kill for use as food and clothing, if any, are often based on the culture that people are familiar with.